An Announcement to Answer 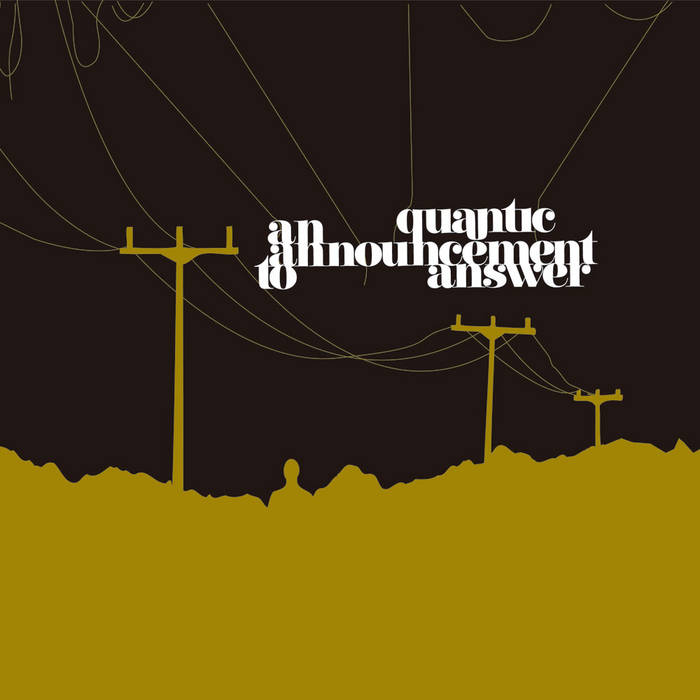 Written and recorded on a laptop during an extended period of international gigging and crate-digging, ‘An Announcement To Answer’ bookmarks an important step in the evolution of Quantic’s sound.

Inspired and educated (as opposed to influenced) by the records he discovered whilst travelling and working in Puerto Rico, Nigeria, Benin, Ghana and Ethiopia, Will Holland fused the traditional sounds of these countries with hip hop, soul, funk and jazz to produce his own potent musical brew.

Experimenting with new techniques and collaborating with the talented people he met in Puerto Rico and at the Candela studios in San Juan, Will successfully broadened his musical palette whilst still delivering the same sophisticated beat-making that has made him a sure-fire floor-filler for DJs worldwide.

Guest artists on the album include Noelle Scaggs from The Rebirth, Ohmega Watts and Puerto Rican percussionist Tempo, who has previously worked with Roberto Roena of the legendary Fania All Stars.

In December 2006, ‘An Announcement To Answer’ was shortlisted for Album Of The Year in the Gilles Peterson Worldwide Awards.